Join us for a virtual 5K walk or run to raise money for the Heilman family. Over an extended period of time and especially the past 3 years, this family, located in King George, VA, has had multiple hardships. Since October is National Breast Cancer Awareness month, a community-sponsored 5k walk and run has been scheduled to raise money for the family in which 10% of all proceeds will be gifted to the Emily Couric Clinical Cancer Center for continued lifesaving research.

Register by September 20 to guarantee your shirt size!

The family's heart-breaking story is below:

In 2006, Kiwi lost her father to bone cancer while her husband was serving in Afghanistan. The following year on Kiwi's 40th birthday, her sister, Chris, suffered a ski injury that shattered her right lower leg bones and left her handicapped. In 2009, her father-in-law died in a murder-suicide in Alaska and in 2012 she lost her mother suddenly to sepsis.

At the beginning of the Covid19 lockdown on March 24th, Kiwi Heilman was diagnosed with a very aggressive type of Breast Cancer. Appointments were being canceled at Mary Washington due to the virus, so her caregiver Ed contacted UVA and they accepted her the following week. She will undergo 6 chemotherapy treatments, a mastectomy on September 4th, and follow on radiation and immunotherapy infusions for one year.

Kiwi and her family moved to King George from Hawaii following her husband’s retirement from the Navy in 2007. Jeff Heilman worked at Dahlgren until he died suddenly on Christmas Eve, 2016. He was only 48 years old. He contracted sepsis at the 2nd injection site following a cortisone injection. Just a few days beforehand, he tore his shoulder rotator during a workout at the base gym and died 10 days after receiving the shots.

Their two sons, John and Nathan Heilman are currently living together in Norfolk while their Mom undergoes her cancer treatments. 18yr old Nathan was a 2020 graduate from KGHS and hopes to attend ODU for computer science come fall. His big brother John is 25 and serving as a Cryptologic Technician in the Navy. Both boys were just getting through the loss of their father when their mother was diagnosed with cancer. The love and support of the community make all the difference in the world. Please contact us for their address if you would like to send words of encouragement or care package to the boys.

Kiwi Heilman has served as a Moving2Heal/Nia Technique teacher at the Dahlgren Therapy Health and Wellness clinic and plans to return in January 2021. She has a passion for helping others and uses movement, music and community to cultivate improved body awareness and healthy relationships between the body, mind, and emotions. Now she needs a little community support as she helps her body to heal in the aftermath of cancer treatments. Despite her current medical condition, her Spirit is high and she is determined to be well for her boys and all those who love her. Her body tells a story of pain and suffering, but the sparkle in her eyes, dimpled smile, and laughter tell another story: Joy, Hope, and Perseverance irrespective of circumstances. She is looking forward to spending time once again with family and friends and hopes to get back to her love of planning tennis soon! 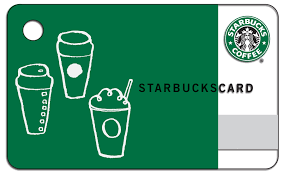